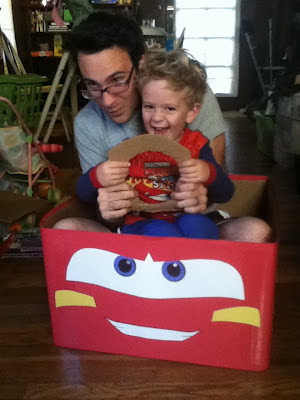 Yesterday was Sunday.  It was the end of a weekend that blew by too quickly.  Sunday is a jerk like that.  The kids have been bugging me about making paper airplanes.  My oldest, my son, woke up asking me to build an airplane he could sit in.

Suddenly I had flashbacks to a few months ago to when he asked me to build him a car.  I pulled out some cardboard, drew up a few designs for a shoebox-sized sports car, and once he approved one, set out to make it.  I was under the impression I was clear about the scale of the car.  The size of a shoe box.

To make a long story short, after 20 minutes of cutting and taping the parts, he was devastated to discover the size was, well, lacking.  Not from my description, but from what he imagined.  In his mind, he would fly down the streets of the East Bay in his brand new box car, only to find that his idiot father had a thing for MicroMachines TM.  Size does matter, apparently.  So while his tears covered the floor, I pulled out an empty box, a stack of construction paper, and all the Scotch we had left (tape, that is).  I managed to pull off a semblance of Lightning McQueen.  Fortunately for my wood floor, it was a hit.

So thinking of this mark on my record, I was set on over-delivering this time.  A paper it airplane it would be...of epic proportions.  Here's what we did:


STEP 1 - Find all the cardboard boxes lying around, get a long roll of duct tape, and clear out the back yard.  Apparently making funny faces also helps. 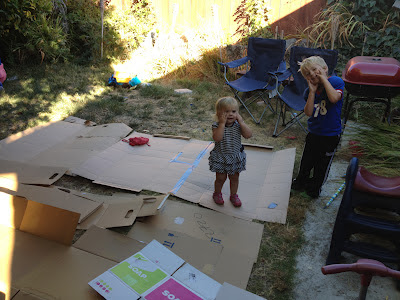 STEP 2 - Tape the pieces together, constructing large panels.  Add extra strips to the edges.  Flip each larger panel over and tape the other side too (very important). 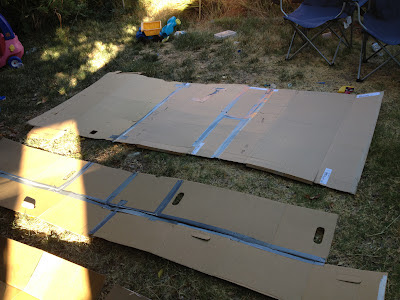 STEP 3 - Continue until you have a large, rectangular sheet.  Now you're ready to fold. 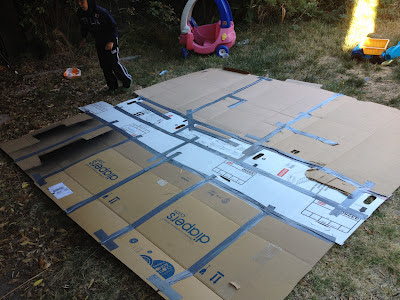 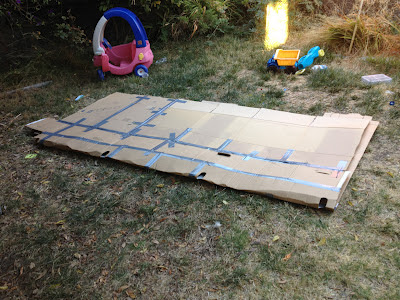 STEP 5 - Open up, and fold in one wing, then the other.  Watch out for gremlins on the wing! 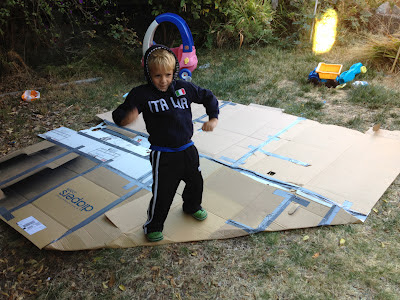 STEP 6 - Spray the gremlins with water and they will run away. 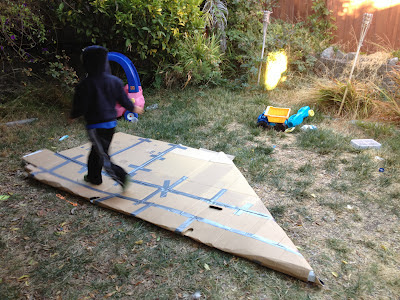 STEP 7 - They will return momentarily to tell you that you're doing it wrong. 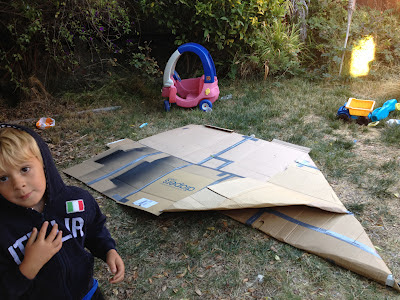 STEP 8 - Make them think they're doing it their way.  BTW, gremlins are good at stomping things flat. 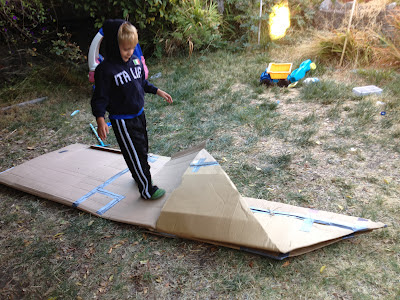 STEP 8 - After 30 minutes of chaotic slave labor and a few good laughs...VOILA.  Ready for take off. 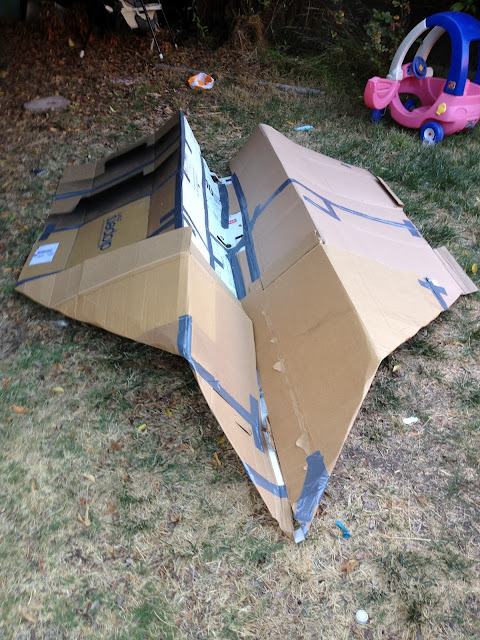 STEP 9 - Insert one or more children and watch their imaginations soar! 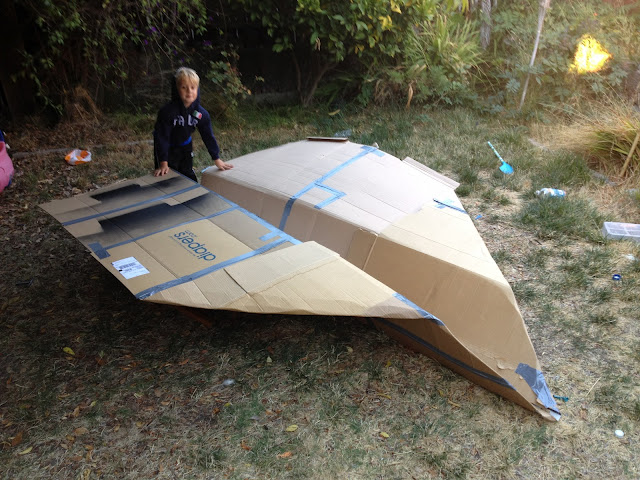 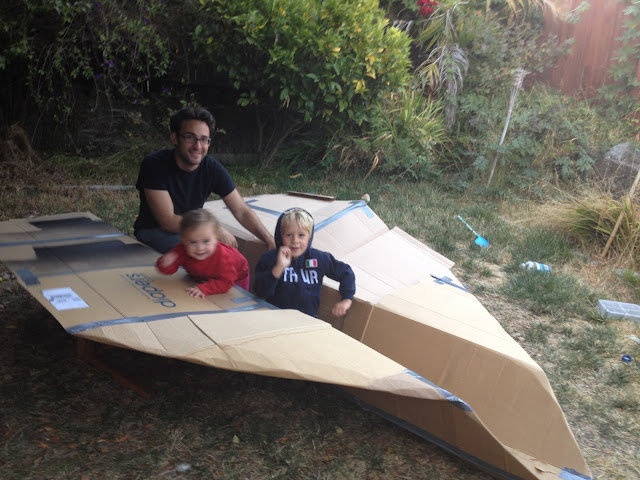 I guess this plane is the bigger brother of the one we made a couple years ago, posted to my other blog.

Perhaps you remember fun things you did with cardboard and tape when you were a kid.  My favorite such memory is a refrigerator box my dad brought home and then cut and drew on to look like a space shuttle.  I've gotta tell you, I can't remember how many times that ship took me to the moon and to places even more remote and wonderful.  My brother and I wore that silly box into the ground.  To this day the smell of musty cardboard and sharpie marker stir up deep places in my right brain in ways I don't understand.  Give the greatest gift you can...go make something with your kids, for them to play in.